PLEASE NOTE: Because of concerns over the escalating COVID-19 virus, FMCA’s 101st International Convention and RV Expo, scheduled for March 26-29, 2020, has been cancelled.

Mirth, music, and more will greet RVers during FMCA’s gathering in Tucson, Arizona, in late March.

FMCA members: Are you planning to attend the association’s 101st International Convention and RV Expo this spring? Registrations are coming in at a brisk pace for the “Sunsets + Saguaros” convention, set to take place March 26 through 29, 2020, at the Pima County Fairgrounds in Tucson, Arizona.

If you love a good laugh and enjoy music of various genres, we suggest you peruse the following synopsis to become familiar with the headliners who are scheduled to appear on the evening stage. Also included are notes about some of the daytime entertainment that is scheduled thus far. And there’s more to come!

Humorist Jim Pelley has made ’em giggle and guffaw at several FMCA conventions. He returns to delight the crowd on Thursday evening, March 26. He also will serve as emcee for the entertainment programs on other evenings. 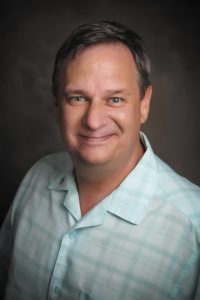 Jim has been described in various ways: favorite brother-in-law, helpful consultant, and class clown, among them. And he knows humor. Literally. He studied and researched humor in college, particularly its effect on mass media and persuasion. He began performing stand-up comedy in 1985. Jim also was a contributing writer for NBC TV’s “Saturday Night Live” comedy show and a contributing writer for Showtime cable television. These days, as “director of fun” for Laughter Works Seminars, he travels the circuit as a professional speaker. His 3,000-plus audiences have included American Express, United Airlines, Mattel Toys, and Walt Disney Imagineering — the creative force within Walt Disney. (“It was intimidating for a little guy from the Napa Valley to talk to them about humor and creativity,” he said.)

As an FMCA member himself, Jim is familiar with the nuances of RV life, including those occasional frustrations. He and his wife recently added a second rescue puppy to the family. It’s a sure bet he’ll describe what it’s like to travel with Solo and the new arrival, Jawa (yes, there’s a Star Wars connection). And he plans to reprise his routine “You might be an RVer if. . . .”

On Friday evening, March 27, the festivities move to the family parking area for the Chapter Block Party. Participating FMCA chapters will welcome convention attendees to their RV “neighborhood” to mix and mingle. It’s a great opportunity to have some tailgate-type fun, socialize, and get to know members from various chapters — subgroups organized by RV make, geographic location, or special interest. If you’ve thought about joining an FMCA chapter, but didn’t know how to get started, the Block Party is an excellent event to attend.

The singer arrived on the national music scene in 2003 with the release of his debut album, “Long Black Train.” The title track, an original number he wrote with inspiration from the music of country star Hank Williams, became his breakthrough single. Success continued with Josh’s second album, “Your Man,” which produced two hit singles: another title track, as well as “Would You Go With Me.” Both reached number one on the U.S. country singles charts, as did his songs “Why Don’t We Just Dance” and “All Over Me.” To date, the singer has released seven studio albums and 17 singles.

In 2018 Josh added a new dimension to his career when he released “I Serve A Savior,” a thoughtful collection of timeless gospel classics such as “Amazing Grace” and “How Great Thou Art.” The album also incorporates several originals, including the title track, which he cowrote, and “The River (Of Happiness),” penned by his wife, Jennifer, and their young son Hampton.

Josh is a disciple of traditional country music, mentors up-and-coming artists, and is one of the youngest members to be inducted into the Grand Ole Opry. Several years ago, he added “author” to his list of accomplishments; his first book, Man Stuff: Thoughts on Faith, Family and Fatherhood, was published in 2014. 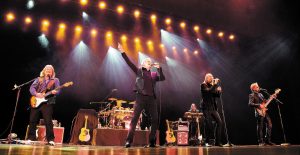 In the late 1960s and early ’70s, were you listening to “Joy To The World,” “Black And White,” and “Mama Told Me (Not To Come)” on the radio? Relive those Top 40 tunes — or enjoy them for the first time — on Sunday, March 29, when Three Dog Night performs on the FMCA stage.

Marking five decades on the road, this iconic band claims some astonishing statistics in popular music: 21 consecutive Top 40 hits, including the three number-one singles mentioned above. Other chart-toppers — including “One,” “Shambala,” “An Old Fashioned Love Song,” and “The Show Must Go On” — climbed the pop, rock, and country charts. No doubt the group chose their music wisely; many of their recordings were penned by top-notch (though, at the time, mostly undiscovered) songwriters such as Harry Nilsson, Randy Newman, Elton John, Paul Williams, and Hoyt Axton.

Three Dog Night continues to weave their music into the fabric of pop culture. They expanded their repertoire by releasing their first double-A-sided single in nearly 25 years: the rousing “Heart Of Blues,” and “Prayer Of The Children,” a stirring, a cappella number. They’ve also recorded with the London Symphony Orchestra.

Today the band is powered by Danny Hutton (founder/lead vocalist), Michael Allsup (guitar), Paul Kingery (bass/vocals), Pat Bautz (drums), Howard Laravea (keyboards), and David Morgan (vocals). And what about the group’s now-famous name? It refers to native Australian hunters who huddled with their dogs for warmth on cold nights in the outback. The most frigid was called a “three dog night.”

Get percolating each morning with a stop in FMCA’s Town Center tent for Coffee Hour. Grab a hot beverage and a doughnut or two and enjoy a performance by the Frustrated Maestros. These musicians and singers represent FMCA’s nine Frustrated Maestros chapters. Dressed in their traditional red-and-white outfits, they present a wide-ranging set list that encompasses many genres, including Broadway, pop, rock, country, inspirational, and patriotic numbers.

Those with a sweet tooth are advised to return to the FMCA Town Center on Saturday afternoon, March 28, for the Ice Cream Social. This gathering will present another chance to hobnob with fellow “Sunsets + Saguaros” attendees, while indulging in a delicious frozen treat. 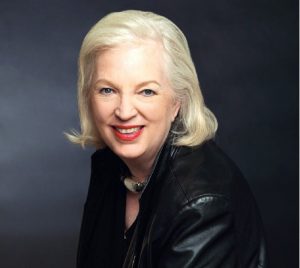 Calling all book lovers! As this issue of the magazine was ready to go to press, it was learned that J.A. Jance will be the featured author for the Tucson 2020 version of FMCA’s Supersized Book Club. On Sunday afternoon, March 29, the New York Times bestselling writer will host an informal discussion about her books, many of which are set in Arizona. Details will be forthcoming.

We’ve only scratched the surface in this entertainment preview. Attendees also may want to add karaoke, card bingo, beanbag toss, and FMCA’s Whisker Games (a facial hair competition for the gents) to their convention schedule. In addition, a number of performers will fill the daytime entertainment slots. Event updates will be provided on FMCA.com.

Cooking On The Go: Winter Fare For Anywhere