Care Camps was founded by the Kampgrounds of America (KOA) Owners’ Association and provides specialized in-person and virtual camps for kids with cancer.

Care Camps has a new partner, Battle Born Industries. The company, which makes lithium-ion batteries and energy storage products, donated $10,000 to the nonprofit organization, which raises funds so that kids with cancer and their families can attend in-person and virtual oncology camps. The camps, which are presented at no cost to families, involve specially trained counselors and health-care professionals.

Care Camps was founded 35 years ago by the Kampgrounds of America (KOA) Owners’ Association. The KOA owners, along with KOA Inc., remain the largest financial supporters, raising over $1 million each year for Care Camps. Others in the camping and RV industry also have become involved, including Forest River, Thor, Dometic, and Winnebago.

To donate or to hold a fundraiser for Care Camps, email jmercer@koacarecamps.org. For more information, visit www.carecamps.org.

Polser International, a designer and manufacturer of fiberglass-reinforced plastic products used in the production of RVs, buses, and other vehicles, will open a 10,000-square-foot warehouse distribution facility in Elkhart County, Indiana. The building, equipment, delivery trucks, and staffing are scheduled to be complete by summer 2020.

Greg Glanders, an Elkhart native who has more than 27 years of supplier-side experience, has been hired as president of Polser USA. He said the company is committed to reducing weight and taking out wood in RVs. “We’ll be working with engineering to create lighter-weight composites and materials for future applications,” he said. 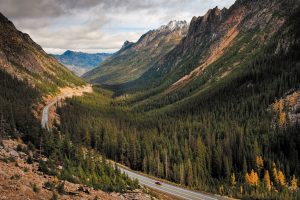 A bill passed by Washington state legislators amends the allowable length of a travel trailer in the state from the current limit of 40 feet to a new limit of 46 feet. Gov. Jay Inslee signed the bill into law.

Travel trailer length in Washington state became an issue in summer 2019 when state officials decided to stop approving plans for travel trailers more than 40 feet long, despite the fact that such trailers have been produced, sold, and registered in the state for decades. Washington is one of only two states to regulate RV manufacturing. 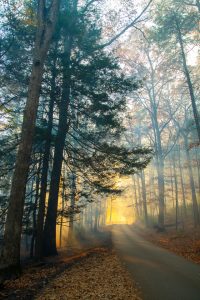 A smoky forest serves as a reminder that prescribed fires are one way for federal officials to reduce wildfire risks in national parks.

Prescribed fire was used to treat nearly 207,000 acres, and an additional 24,000 acres were treated by mechanical and other methods, including active vegetation treatments. A vegetation management program improves the resiliency of landscapes to wildfires and preserves public lands for a variety of uses and enjoyment by visitors.

In fiscal year 2019, the agency reached a milestone with more than 90 percent of the 31,339 structures listed in the NPS Wildland Fire Geodatabase now surveyed for threats from wildland fire. Also in 2019, the areas adjacent to more than 6,000 structures were treated and the potential of risk from wildfire was reduced.

Flexsteel To Shutter Its RV Business

Flexsteel Industries announced in April 2020 that it would exit its RV and hospitality businesses. The company once was one of the largest suppliers of furniture to the RV industry.

“Based on rapidly declining demand and changing market conditions driven by the coronavirus pandemic, it was determined that these businesses are no longer a strategic fit and will not provide an attractive return on investment for shareholders,” a company press release said.

The release said that the timing of the RV and hospitality closures would be determined in the fourth quarter. The company plans to focus on its home furnishings, e-commerce, and workplace businesses. 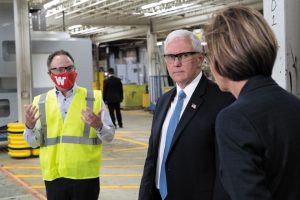 Vice President Mike Pence spoke to more than 200 Winnebago Industries employees during a June 16 visit to the company’s Forest City, Iowa, plant. He said the RV manufacturer was a crucial part of the “great American comeback,” according to a report by The Globe Gazette in Mason City, Iowa.

In late March, Winnebago suspended production at the Forest City plant because of the coronavirus outbreak. The factory reopened in stages in April and May.

Before he spoke to workers, the vice president toured the factory floor and saw pieces of RVs ready for assembly. He was accompanied by Iowa Gov. Kim Reynolds; state Sen. Randy Feenstra; and Jim Mullen, deputy administrator of the Federal Motor Carrier Safety Administration.

Don’t Read This While Driving

While driving a vehicle, 58 percent of Americans have read a message and 56 percent have sent a text. More than one-fourth of drivers have put on or taken off clothing while operating a moving vehicle. And a small percentage have tweezed their eyebrows (3.5 percent) or shaved their legs (1.7 percent) while driving.

Those are among the results of a recent survey of 2,600 drivers in 25 American cities. It was conducted by The Zebra, an online insurance comparison site, which pointed out that it’s especially important to be aware of distracted driving during the period from Memorial Day weekend to Labor Day weekend. That timeframe has been dubbed the “100 deadliest days of driving.”

According to the study, New York City residents are the most distracted drivers in the United States, followed by residents of Washington, D.C., and St. Louis, Missouri. Research from The Zebra finds that the penalties that car insurance companies typically charge distracted drivers have increased exponentially over the past decade. The full study can be viewed at www.thezebra.com/resources/driving/distracted-driving-best-worst-cities.