RV industry companies recently teamed up with Make-A-Wish to grant the wishes of two young children who can now go camping with their families.

Blue Dog RV and Keystone RV Company helped grant the wish of 4-year-old Christopher Blood, who has cystic fibrosis. On June 11, 2020, he and his family, who live in Bonners Ferry, Idaho, were presented with a 2021 Keystone Hideout travel trailer by Blue Dog RV. The dealer, along with Keystone, agreed to defray a significant portion of the cost. Complimentary upgrades and essential camping items also were included.

Christopher’s mother, Katie Cerny, told the Bonner County Daily Bee that her son’s interest in RVs developed during visits to his grandparents, who own one. The gift of the RV will mean that her son “gets to live more. He gets to do more. There’s no reason we can say no.”

Riverside RV, a LaGrange, Indiana-based RV manufacturer, was contacted by Make-A-Wish on behalf of 6-year-old Ellie Art, whose wish was for a “renovated camper van.” The girl, who lives in South Dartmouth, Massachusetts, was diagnosed with acute lymphoblastic leukemia in 2018. 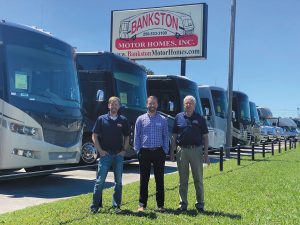 Bankston Motor Homes, C3729, an FMCA commercial member and RV dealer based in Huntsville, Alabama, celebrates its 50th anniversary this year. Since Harrison Bankston began renting and selling RVs in 1970, the business has grown to six sales locations in Alabama and Tennessee with more than 100 employees, making it one of the largest family-owned RV dealerships in the Southeast.

To celebrate, a documentary video was produced that traces the evolution and growth of the dealership; RVers were invited to share favorite photos as part of a Facebook contest; and customers who purchased a new RV between June 15 and June 28 received a thank-you gift. 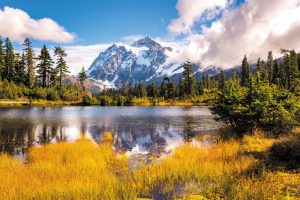 Spending by visitors to U.S. national parks in 2019 resulted in a $41.7 billion boost to the U.S. and local economies, and such spending supported 340,500 jobs, according to a National Park Service report.

National Park System sites exist in all 50 states, the District of Columbia, and the U.S. territories of Puerto Rico, the Virgin Islands, American Samoa, and Guam.

Thor Revamps Its Type A And Type C Toy Haulers

Thor Motor Coach’s 2021 Outlaw Type A and Type C toy haulers have new interior décor and paint packages, in addition to other upgrades. 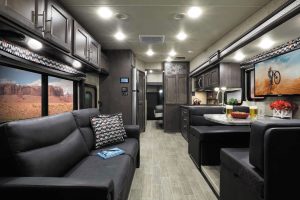 The Outlaw Type A motorhome’s V-10 engine has been replaced with a Ford 7.3-liter V-8, which is rated at 350 horsepower and 468 pound-feet of torque. The new engine is said to decrease greenhouse gas emissions while providing increased power. Also new: a dash instrument cluster upgrade, automatic headlights, hill-start assist, and a tilt and telescoping steering wheel. A 100-watt solar panel with charger is now standard.

Three new full-body paint options are available for the Type A Outlaw, as well as two interior décor and upgraded cabinetry color options and styling packages. A Zero-G ramp door, a snap-in patio system, and a powered awning make it possible to convert the garage into an outdoor space.

Both chambers of the U.S. Congress have passed the Great American Outdoors Act, and President Donald Trump has indicated he will sign the bill. It will provide up to $9.5 billion to address infrastructure needs within the National Park Service, U.S. Forest Service, Bureau of Land Management, and other federal agencies. 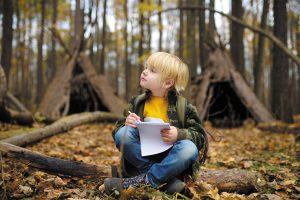 Nature enthusiasts will benefit from passage of the Great American Outdoors Act, slated to address deferred maintenance on public lands.

In addition, the bill will fully fund the Land and Water Conservation Fund, directing $900 million per year for outdoor recreation, including public lands, parks, and trails. The funds will come from energy development revenues on federal land and water.

“If you’re an RVer, or any kind of outdoor recreation enthusiast, the Great American Outdoors Act is the best thing to happen to our community in six decades,” said Craig Kirby, RV Industry Association (RVIA) president. In May, RVIA joined 28 other national outdoor recreation trade associations in calling for Congress to pass the act.