Florida’s 72-mile A1A Scenic and Historic Coastal Byway was officially designated an All American Road by the Federal Highway Administration earlier this year.

Time on the road is a great part of the RV experience, and the Federal Highway Administration made the journey more noteworthy recently by designating 49 new roads in 28 states to the America’s Byways collection. This number includes 15 “All-American Roads” and 34 “National Scenic Byways.”

The program is designed to help recognize, preserve, and enhance selected roads throughout the United States based on archaeological, cultural, historic, natural, recreational, and scenic qualities.

The designations were added in part due to the efforts of the RV Industry Association.

“We’re proud to have supported legislation that led to the announcement of 49 new Scenic Byways and All-American Roads, the first additions since 2009,” said RVIA senior manager of government affairs Samantha Rocci.

The designations increase the number of America’s Byways to 184 in 48 states. 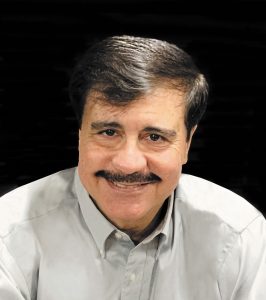 In January, the company opened Lazydays RV of Nashville, Tennessee; acquired Sprad’s RV in Reno, Nevada; and announced that it was opening a new full-service dealership in Monticello, Minnesota, a suburb of Minneapolis. In February, it converted its other dealership in suburban Minneapolis to Airstream of Minnesota at Lazydays RV; acquired Chilhowee RV Center in Knoxville, Tennessee; and opened Airstream dealerships in Knoxville and Nashville, Tennessee. In May, it acquired two B. Young RV dealerships in Portland, Oregon, and Vancouver, Washington. In June, it acquired Burlington RV in Sturtevant, Wisconsin.

The demand for new RVs is prompting Alliance RV to invest $33 million to expand its manufacturing capabilities and add up to 650 new jobs by the end of 2023. The company plans to build two 120,000-square-foot production facilities this year to go along with its three existing manufacturing and office buildings, totaling 254,000 square feet, in Elkhart, Indiana. Alliance was founded in 2019 by brothers Coley and Ryan Brady and produces luxury fifth-wheel travel trailers.

Family RV Group includes 12 dealerships in Ohio, Indiana, Kentucky, Tennessee, and Georgia. It was started by the Jung family in 1968 and known then as Colerain Family RV. Northgate RV Center has two dealerships in Georgia. Plemmons RV World, C5878, has locations in Winston-Salem and Raleigh, North Carolina. It was founded in 1951. Carolina Coach and Camper was founded 25 years ago in Claremont, North Carolina.

The acquisitions bring RV Retailer’s holdings to 58 stores in 18 states. RV Retailer was launched in 2018 by a group of automotive retail executives.

The Lincoln Highway Association, which is dedicated to preserving and celebrating the United States’ first coast-to-coast roadway, has added RV campground locations along its 3,250-mile route to a map on its website, www.lincolnhighwayassoc.org/map. Campgrounds can be discovered by clicking a box on the map’s “layers” menu. Other layers include points of interest.

Established in 1913, the Lincoln Highway stretches from New York City to San Francisco and still exists in many forms, offering a taste of motor travel as it was before the interstates.

Winegard, known for its Wi-Fi connectivity devices, is expanding its business — both in size and scope. In February, the company purchased SilverLeaf Electronics, which develops a variety of vehicle monitoring systems for tank levels, battery management, power controls, and more.

By pairing SilverLeaf’s interior monitoring systems with Winegard’s external network capabilities, the acquisition creates a company with a broader scope and the ability to create RVs with greater digital capabilities, said Winegard president and chief operating officer Grant Whipple. The ultimate goal, he said, is to deliver a seamless and connected smart RV experience.