The RV Technical Institute has started a scholarship to honor the legacy of Gary Bunzer.

The RV Technical Institute (RVTI) is establishing the Gary Bunzer Memorial Scholarship in honor of the “RV Doctor,” who devoted much of his life to RV education. Mr. Bunzer, technical editor for Family RVing and a longtime contributor to the magazine, died in April 2020 after battling COVID-19.

Details of the program are being worked out, but the scholarship is intended for RVTI candidates — including aspiring RV technicians and current techs seeking continuing education — who need financial assistance to pay for training online and in-person at the Elkhart, Indiana, school.

“There was no greater champion for RV technical education,” said RVTI executive director Curt Hemmeler. “Gary was the connection between the RV consumer and the industry, and his wealth of knowledge was the catalyst for the curriculum that RVTI has adopted. This memorial scholarship is just one way we can continue to honor him for all his contributions to technical education and the RV industry.”

For more information or to contribute to the scholarship fund, contact Mr. Hemmeler at chemmeler@rvti.org.

Mercedes-Benz will drop the Freightliner version of the Sprinter van in the United States by the end of the 2021 model year, Automotive News reported. Production at a South Carolina plant will end in September 2021.

Mercedes currently sells the Sprinter van through Freightliner and Mercedes-Benz dealers, and the company will continue to produce and market the Mercedes version of the van, the report said.

Mercedes-Benz officials made the decision based on current and future economic conditions, as well as the COVID-19 outbreak, Automotive News reported. Sales of the Sprinter in the United States rose about 7 percent to 32,000 units in 2019, buoyed by orders from online retailer Amazon. Sales in the first half of 2020 were up 19 percent to 14,582.

A Wall Street Journal reporter’s experiment with 5G internet may be a preview of what one day will be possible for RVers.

Car and Driver magazine reported on the experiment, which involved three 5G smartphones in an RV that was outfitted with 15 gadgets. The experiment took place with the RV parked next to a Verizon 5G tower in Jersey City, New Jersey.

The test, dubbed the 5G RV Challenge, worked quite well for the most part, the magazine reported. With more than a dozen gadgets all running off a single tethered Verizon smartphone, download speeds were impressive. It was possible to run multiple 4K video streams alongside standard video calls, and gaming also worked well. Uploading, however, was a bit slower compared to the reporter’s home Wi-Fi.

Many RVers and others will have to wait awhile for 5G, which isn’t available everywhere yet. A 5G phone is required to take advantage of the increased speeds, and while some Android phone makers offer 5G phones, at press time Apple had not yet announced such models. 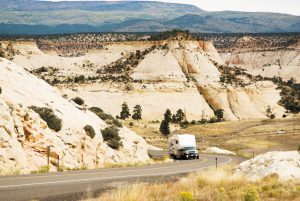 As demand for RVs soared in the summer of 2020, manufacturers posted the highest July shipment numbers in four decades. Production of both towable RVs and motorhomes was up significantly compared to July 2019.

During the COVID-19 outbreak, concerns about air travel, hotel stays, and dining out have led many vacationers to turn to RVs. That’s reflected in RV shipments in July 2020, which were the highest for that month in four decades, according to the RV Industry Association’s monthly survey of manufacturers.

Winegard Company, which designs and manufactures connectivity products, including satellite TV antennas, announced in August 2020 that it had acquired WiFiRanger, which produces wireless routers for the RV and marine markets. WiFiRanger will continue to operate as a stand-alone brand, according to a news release.

Grant Whipple, Winegard president and CEO, said in the release that combining the companies will lead to an extensive expansion of product offerings. “Together, we’ll bring an even greater array of lifestyle-enhancing, technological solutions to the RV market and far, far beyond,” he said.

Winegard is headquartered in Burlington, Iowa, while WiFiRanger is based in Meridian, Idaho. 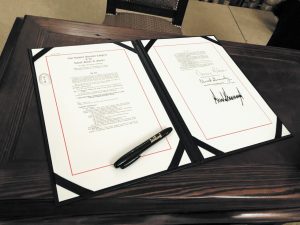 The Great American Outdoors Act, which had bipartisan support, was signed into law by President Donald Trump on August 4, 2020. Entrance to U.S. national parks and public lands now will be free every August 4.

The landmark legislation, approved by Congress and signed by President Donald Trump on August 4, 2020, will enable national parks and other federal lands to repair and upgrade infrastructure and facilities. The law establishes the National Parks and Public Lands Legacy Restoration Fund, and it guarantees permanent full funding for the existing Land and Water Conservation Fund.

Other park entrance fee-free days that commemorate or celebrate significant dates are sprinkled throughout the year.