Jeffery Broussard and The Creole Cowboys

After the December 2018 issue went to press, the “Peachy In Perry” convention schedule expanded, with even more entertainment and activities. Here’s a taste of the newest events.

RV Nomads — The Movie will be shown on Tuesday afternoon, March 12. This feature-length documentary premiered in October 2018 and chronicles the stories of full-time RVers. Producer Eric Odom will be on hand. He described the film in an October 2018 Family RVing article: “We built a story arc that walks you through the decision [to become a full-time RVer] — why the decisions are being made, what the transition looks like, and what results physically and mentally when that transition is made.” And, yes, Eric is a full-time RVer himself.

On Tuesday evening, Card Bingo offers the chance for a lively little competition among hundreds of your closest friends. Prizes and fun are guaranteed.

Listen for the sounds of spirited zydeco music on Wednesday afternoon, March 13, when Jeffery Broussard and The Creole Cowboys treat the convention audience to a kickoff concert prior to the opening of the exhibits that day, and then return for a second show that afternoon. Jeffery has been called one of the most influential accordionists and vocalists in modern zydeco music. He’s also an accomplished fiddler. His traditional approach to zydeco is infectious — there’s nothing quite like this energetic, toe-tapping music of the bayou. 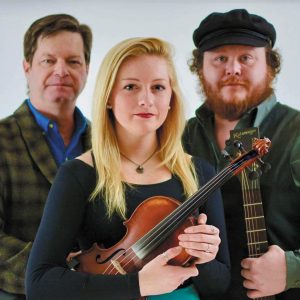 Folks who happily anticipate the wearin’ o’ the green on St. Patrick’s Day can get in the mood early with the Irish band Ah Surely! on Thursday, March 14. The trio is composed of John Maschinot, who plays uilleann pipes and flute; vocalist Evan Kinney, who also is proficient on guitar, banjo, and harmonica; and Claire Shirey, who plays violin, concertina, and flute, and is known for her Irish step

Following Ah Surely!’s performance, FMCA gentlemen are invited to show off their best facial hair for FMCA’s inaugural Whisker Games. Contestants will be evaluated by a panel of judges in one of three categories: beard, mustache, or goatee. After a winner is selected in each category, audience applause will determine the overall winner: Mr. Whiskers. Sign up at the Information Center in Perry before noon on Thursday. Good luck, fellas! 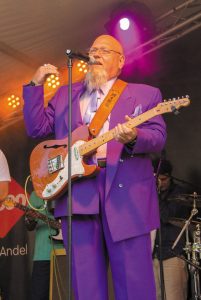 If you like blues, settle in at the daytime stage for a listen to the Big Mike Trio on Thursday afternoon. The group is fronted by Michael Anthony Ventimiglia — “Big Mike” — and hails from Macon, Georgia. The group’s set list also includes R&B and classic country tunes. Folks will see why the trio has been called “high energy . . . seasoned . . . soulful . . . fun.”

Thursday evening, following the FMCA Chapter Block Party, brings another movie night: a showing of The Bucket List, directed by Rob Reiner and starring Jack Nicholson and Morgan Freeman. In this comedy-drama, two terminally ill cancer patients meet in a hospital. Despite their doctor’s protests, they leave the hospital with a goal: to complete a “bucket list” of things they want to see and do on this final trip of a lifetime.

For three decades, Mike Fuller . . . The Magician has been delighting audiences with sleights of hand. A TV meteorologist by trade, Mike is comfortable in front of an audience, perhaps because he began learning magic tricks at age 7. Crowd participation is a sure bet when he takes the stage on Friday, March 15.

FMCA’s own Frustrated Maestros will treat the audience to their fun-filled mix of music during a performance later that day, following the Ice Cream Social.

Mike and Jennifer McLain & The Banjocats

To enjoy yet another musical genre during the convention, stop in for a bluegrass session provided by Mike and Jennifer McLain & The Banjocats on Saturday, March 16. Both Michael and Jennifer were raised in musical families. He performed in The McLain Family Band; she shared stages and recording time with some of the biggest names in country and bluegrass music. They’ll showcase songs from their album, Hit The Road And Go. 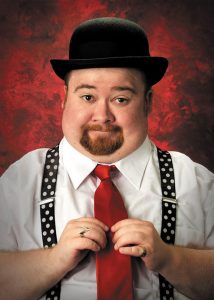 Sir Pat-Trick has been described as “a delightful, whimsical character.” The performer’s award-winning stage act on Saturday afternoon will reflect his distinct brand of showmanship as he combines different theatrical disciplines: comedy, slapstick, audience participation, storytelling, and traditional magic.

To learn more about these and other happenings during the “Peachy In Perry” convention, refer to the event program or event app when they become available, or visit FMCA.com.