Winnebago’s Hike travel trailer weighs less than 4,500 pounds and can sleep three or four, depending on which of the five floor plans is selected.

Winnebago’s Hike travel trailer has made its debut. It can sleep three or four, depending on which of the five floor plans is selected. All floor plans have a vehicle weight under 4,500 pounds.

Designed to handle rugged roads, Hike has offset wheels, robust fenders, and off-road tires. Other features include a multifunction front propane/gear storage area and an exoskeleton to which bikes and kayaks can be attached.

Winnebago also launched a new website, www.winnebago.com. It includes a product comparison tool and enhanced lifestyle imagery and video. The original website, www.winnebagoind.com, now focuses on connecting visitors to the websites of all Winnebago Industries brands, which include Grand Design, Newmar, and Chris-Craft.

The board of directors of the RV/MH Heritage Foundation announced the names of 10 people who will be inducted into the RV/MH Hall of Fame as the Class of 2020.

The induction ceremony/dinner is set for August 3, 2020, in Elkhart, Indiana.

Thor Industries has formed a new subsidiary, Hymer USA, and company officials expect its first RVs to be available in the fourth quarter of 2020. Hymer USA, based in Bristol, Indiana, is focused on producing and marketing RVs that utilize European manufacturing processes, automation, and control standards.

Employees in key product development roles and with specific European manufacturing expertise will relocate from Germany to Bristol. Hymer USA is using an existing, newly renovated, company-owned facility. In 2020, the company expects to invest an additional $8 million to $10 million, primarily for machinery and equipment.

The last major step toward synchronization was accomplished with recent updates to CSA Z240.

One of the last significant barriers between the two standards was the requirement in CSA Z240 to use CSA-listed wire, while NFPA 1192 accepts either U.S.-listed wire or CSA-listed wire. The latest edition of the CSA Z240 standard now allows the use of either CSA-listed or U.S.-listed wire made of nonmetallic sheathed cable. That means U.S. manufacturers do not have to stock two slightly different and equally safe types of wire in order to operate in Canada.

The only remaining technical difference between the two RV standards is the requirements for French and English warning labels in the CSA Z240 standard.

The Airstream Customer Council, recently formed to give customers a larger role in the future of the brand, is up and running. The group, composed of 12 people when all slots are filled, meets periodically and provides guidance to company leaders in the areas of product quality, dealership experience, and service experience.

A mosaic shows the members of the Airstream Customer Council, a group of Airstream owners who meet periodically to offer input to company officials on product quality and other issues.

The group includes full-time and part-time RVers who own either Airstream travel trailers or touring coaches. Among the members are military veterans, business executives, engineers, a former educator, and a former chef. Members were selected from a pool of 850 candidates after an application and interview process.

For more information about the council and to meet the members, visit www.airstream.com/blog/category/customer-council/.

Visitation to America’s national parks in 2019 increased 2.9 percent from the previous year and exceeded 300 million visits for the fifth consecutive year, the National Park Service reported. Attendance in 2019 was 327.5 million, the third highest total since record-keeping began in 1904. The national park system has 419 sites, which includes 62 national parks. 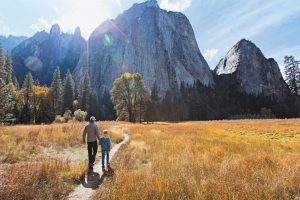 Yosemite National Park was among America’s national parks that saw more visitors in 2019 than in the previous year.

*50 percent of the total recreation visits occurred in 27 parks.

*The park service site with the most visits was Golden Gate National Recreation Area, 15 million.

*The national park that recorded the most visits was Great Smoky Mountains National Park, 12.5 million. 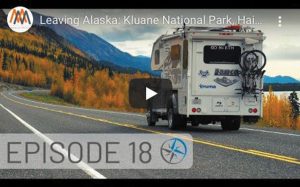 The journey of RVers Tom and Caitlin Morton through Canada and Alaska was told through 20 episodes of the online series “Go North,” which garnered more than 1 million views.

The Go North Project, a reality-based web series chronicling Tom and Caitlin Mortons’ travels through Canada and Alaska to the Arctic Ocean in a Lance Camper 1172 Truck Camper, had racked up nearly 1.2 million online views by early February 2020.

The Mortons are full-time RVers and creators of the popular “Mortons on the Move” YouTube channel. They partnered with Lance Camper for the 20-episode “Go North” series. Episodes, which range from 14 minutes to 30 minutes run time, began appearing in April 2019. The series can be viewed on YouTube.com and www.lancecamper.com.