Employees of Keystone RV Company celebrate as the 1 millionth RV produced by the company — a Montana 3761FL fifth-wheel — rolls out of the lot.

Keystone RV Company shipped its 1 millionth RV — a Montana 3761FL fifth-wheel — on August 29, 2019. The milestone was celebrated by company employees and city officials in Goshen, Indiana, where Keystone is based.

The RV manufacturer was founded in May 1996 by industry veteran Cole Davis when he became president and major shareholder of Aristocrat Industries Inc. and renamed it Keystone RV Company. Today, Jeff Runels is CEO and president.

The company’s original 60,000-square-foot plant remains part of Keystone’s 320-acre campus, which is home to more than 25 manufacturing facilities and the corporate office. Keystone’s original brand, Sprinter, is still in production and has been joined by 17 other nameplates. Keystone, a division of Thor Industries, employs more than 5,000 workers. 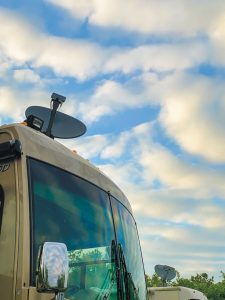 If the Satellite Home Viewer Act is allowed to expire, thousands of RVers and others may lose access to network satellite TV service.

The U.S. Code Section 119 license, also known as “The Satellite Home Viewer Act,” is set to expire at the end of 2019 unless Congress acts to reauthorize it. The provision, which had not been voted on by press time, allows satellite television providers such as DirecTV or Dish to supply distant network feeds to RVers and long-haul truckers (plus sticks-and-bricks residents in rural areas). Network feeds include ABC, CBS, Fox, and NBC networks.

The Satellite Home Viewer Act is subject to renewal every five years. In the past, its renewal has never been considered controversial. However, in the current U.S. Congress, the National Association of Broadcasters and the Copyright Office of the Library of Congress have called for it to expire.

If the provision is not extended, thousands of RVers, long-haul truckers, tailgating sports fans, and rural Americans may lose access to network TV service.

Currently, providers “spot beam” local channels from satellites in the sky, which means a satellite dish must be stationary to properly receive the signals. Of course, for RVers, this is not possible since the dish is not in one set location.

However, thanks to the Section 119 license, providers can offer local broadcasting through a program called Distant Network Services (DNS). DNS pulls the ABC, CBS, Fox, and NBC network feeds from the New York- and Los Angeles-based network affiliates.

AT&T, owner of DirecTV, is seeking consumer support to prevent Section 119 from expiring. Members of RV and trucker organizations are encouraged to contact legislators with their thoughts on the potential decision.

In addition, FMCA, along with other RV interest groups, drafted a letter to the Senate Judiciary Committee supporting renewal of the Section 119 license and, thus, keeping RVers’ network satellite TV service.

If you are currently purchasing DNS broadcasting through your satellite provider and are concerned with losing your access to network channels, you are encouraged to contact your local congressional representative (www.house.gov/representatives/find-your-representative) or the Senate Judiciary Committee (www.judiciary.senate.gov/about/members). 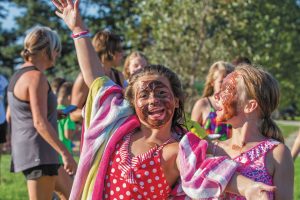 As Yogi Bear’s Jellystone Park Camp-Resorts observes its 50th anniversary, the franchised camping chain is on track for its 11th consecutive year of record sales.

Through the first six months of 2019, overall revenue was up 10 percent, with same-location sales up 12 percent, year-over-year. That follows a 6 percent increase in 2018, which was the company’s highest revenue year ever.

The first Jellystone Park opened in Sturgeon Bay, Wisconsin, in July 1969. Today, the chain has more than 75 locations in the United States and Canada. A new location near Waco, Texas, and another near Dayton, Ohio, are expected to open in 2020. 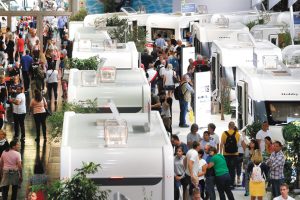 Visitors poured into the Dusseldorf Exhibition Center in Germany for the 58th Caravan Salon Dusseldorf, billed as the world’s largest trade fair for RVs.

Caravan Salon Dusseldorf, marketed as the world’s largest trade fair for RVs, set an attendance record at the 2019 event, which drew 268,000 visitors to the Dusseldorf Exhibition Center in Germany from August 31 to September 8.

Approximately 2,100 RVs, plus accessories, technical equipment, components, and more, were on display for the 58th edition of the event. In all, 645 exhibitors from 31 countries showed their products in 13 halls and in outdoor areas.

The 59th Caravan Salon will be held August 28 to September 6, 2020. For information, visit www.caravan-salon.com.

In mid-September, Winnebago Industries Inc. announced that it had entered into an agreement to acquire Newmar Corporation. The transaction is expected to be completed in the first quarter of Winnebago’s fiscal year 2020, which ends November 30, 2019.

Newmar, a manufacturer of Type A and Type C diesel and gas motorhomes, will operate as a distinct business within Winnebago Industries, according to a Winnebago press release. Newmar’s headquarters and manufacturing facilities will remain in Nappanee, Indiana, the release said, and Matthew Miller will continue as president of Newmar.

Newmar, founded in 1968, has a network of 55 dealer service centers. In the past year, the company generated revenue of $661 million.

In addition to motorhomes, Winnebago makes towable RVs under the Winnebago and Grand Design names and luxury boats under the Chris-Craft brand. The combination of Winnebago and Newmar will result in a company with about $2.7 billion in annual revenue. 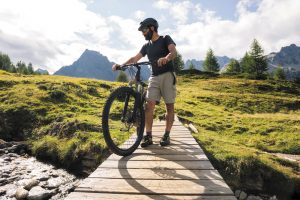 In U.S. national parks, the rules for traditional bikes now apply to e-bikes.

E-bike operators may use the motor only to assist pedal propulsion. The motor may not be used to propel an e-bike without the rider also pedaling, except in locations open to public motor vehicle traffic.

E-bikes, as well as traditional bicycles, are not allowed in designated wilderness areas. Visitors should check the website of the park they plan to visit for details about where e-bikes are permitted, as well as other considerations specific to that park. The new e-bike policy can be viewed at www.nps.gov/subjects/policy/upload/PM_19-01.pdf.